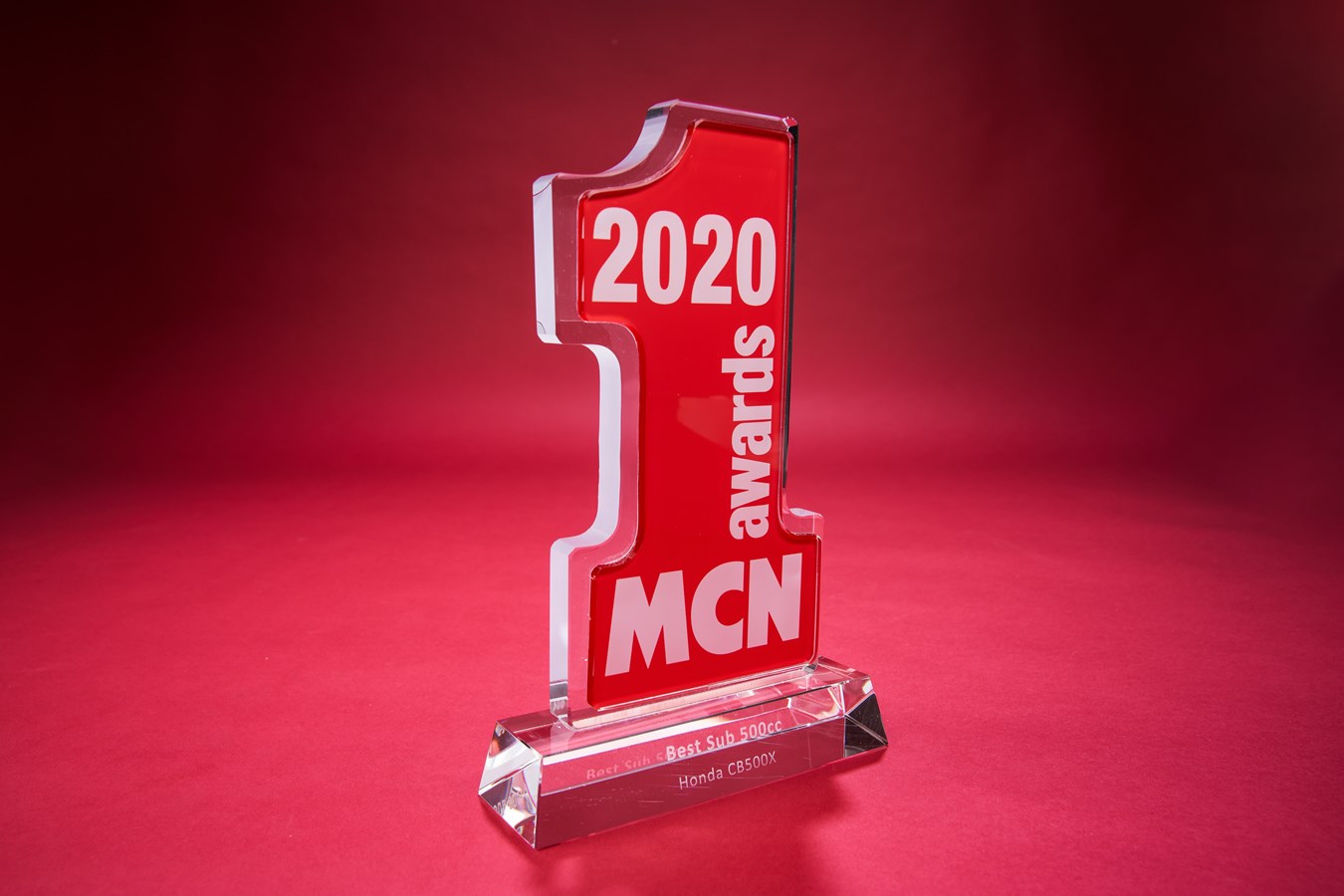 The Honda CB500X was named Motorcycle News’ Best Sub-500cc for the second year in a row, with the junior adventurer continuing to earn plaudits for its all-round ability.  Ensuring the model upholds its class-leading status going forward are engine and visual updates that will feature on the latest generation.

MCN provided plenty of evidence as to why the CB500X finished top of the pile in the category: “Restricted licence holders are spoiled for choice nowadays and manufactures are falling over themselves to be the ones to funnel new riders into their brands – but none could beat the all-round appeal of Honda’s CB500X, which won last year and now again for 2020.”

“The adventure styled all-rounder was updated in 2019 along with the similarly superb naked CB500F and supersport CBR500R. First and foremost, the X is simplicity itself to ride and enjoy. Clutch, gears, throttle and brakes are light and reassuring and at low speed it’s nimble and light on its feet. It’s finished like a Honda should be, too, with deep paint and some natty design touches.”

“With those boxes ticked the CB500X’s character shines through. Power is delivered progressively, which is what you want around town, but push on and the 47bhp parallel twin feels a whole lot punchier than it has any right to do and the way its exhaust spits and growls is a nice little bonus, too.”

“You also get all the benefits of it being adventure shaped: it’s roomy, comfortable, tall and with its long travel suspension and 19in front wheel it’s not adverse to a spot of light off-roading. With tarmac under its tyres it handles brilliantly – enough even to keep the most experienced laughing inside their lids. As its rivals discovered in 2020 the Honda CB500X is a tough act to follow.”

Neil Fletcher, Head of Motorcycles at Honda UK said, “Motorcycle News is a leading authority on motorcycles, so accolades don’t come much better than an MCN Award. We are delighted the CB500X has regained its title as the bike represents a perfect all-arounder for both new and existing riders. With the latest updates just announced, we’re hoping the CB500X will be able to win 3 years in succession!”