Share on facebook
Share on twitter
Share on linkedin
They say what happens in Vegas stays in Vegas but for the new Kawasaki Z H2 that is certainly not the case! Centred on the incredible Las Vegas Motor Speedway complex, the launch event for the 2020 Z range leader hosted over forty media outlets from Europe and the USA plus one lucky group of five Kawasaki fans who won “Ultimate Test Ride” places thanks to competitions run by Kawasaki branches within Europe. 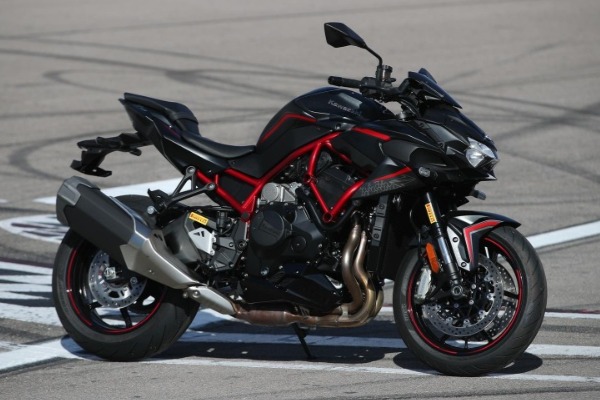 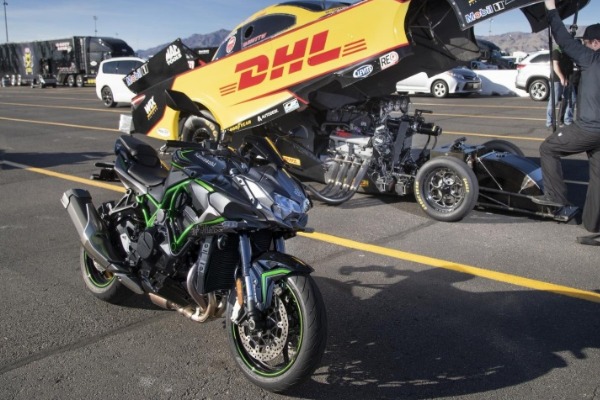 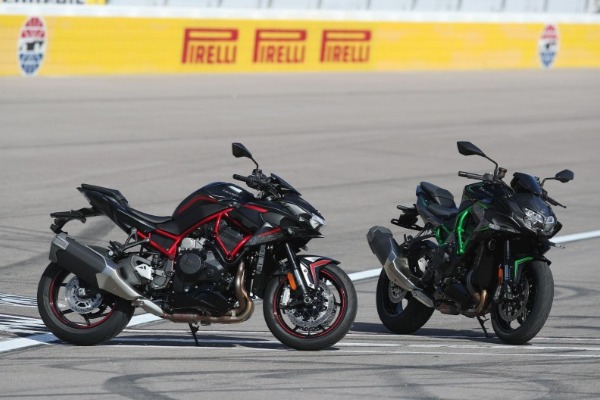 They say what happens in Vegas stays in Vegas but for the new Kawasaki Z H2 that is certainly not the case!

Centred on the incredible Las Vegas Motor Speedway complex, the launch event for the 2020 Z range leader hosted over forty media outlets from Europe and the USA plus one lucky group of five Kawasaki fans who won “Ultimate Test Ride” places thanks to competitions run by Kawasaki branches within Europe.

The iconic 1.5 mile (2.41 km) speedway “bowl” with up to 20 degree banking is normally used for America’s favourite four-wheel sport, NASCAR; but for a two week period in February it echoed not to the sound of highly tuned V8 car racing engines but the technical “tour de force” that is the Z H2 with its Balanced Supercharged engine famed already via the three supercharged stablemates of the Z H2 for creating a distinctive “chirp” as the vanes of the supercharger break the speed of sound rotating at speeds of over 100,000 rpm.

The machine rated at 200PS is not simply about top end performance though and to describe the all-round dynamics, Kawasaki Japan sent Project Leader, Koji Ito to explain more. Ito-san – who had previously worked on the creative teams for the W800, Versys 1000, Z900 and Z1000 – was evidently proud of his very first machine as a Project Leader and explained that low and mid speed performance was key to the design brief and that, as a Z model, manoeuvrability and all the readily identifiable Z family traits had to be encompassed in what is being crowned as “King of the Z Dynasty”.

Shod with Pirelli Diablo Rosso 3 tyres as original fitment – and with senior Pirelli technical staff on hand to offer help and advice – riders took to the track for their first appraisal of a unique-to-class machine and the results were indeed impressive. Using the comprehensive suite of electronic rider aids available – including a four option rider mode setting plus up/down quick shifter – media guests rode for an entire morning in a range of conditions from cold asphalt to blazing sunshine; and all accompanied by the Top Gun soundtrack of jet fighters low overhead from the nearby Nellis Air Force Base.

From Top Gun it was Days of Thunder that was evoked next as the afternoon session meant exclusive use of a banked oval for all round performance testing. Against the backdrop of over 80,000 spectator seats, each journalist and test ride winner not only had a unique chance to ride on an oval but – with the use of a chicane created by the Kawasaki technical support team – a chance to test braking performance, traction control, manoeuvrability and stability. The smiles and gasps at the end of each session attested to the fact that not only the venue choice was correct but the work of Ito-san and his team had created a truly impressive machine living up to all its design goals.

On the second and final day of each media wave the riders geared up for a “Z H2 Tour” that took in highway use, local roads and a selection of either National or State Parks including the stunning Lake Mead and the incredible Valley of Fire. With the welcome cooperation of State Troopers and Park Rangers “closed road” photo and video sessions were held creating images that many media will refer back to often when they recount tales of being at such a landmark motorcycle launch.

With retail sales underway, reviews of the new Z H2 are now appearing in print and on-line. Las Vegas is a 24/7 attack on the senses, so where better to launch the sensory overload represented by the newest leader of the Kawasaki Z naked bike pack? And with its unique Supercharger and “Royal Flush” of electronic rider aids, the mighty Z H2 is surely odds on favourite win the 2020 naked class Jackpot. 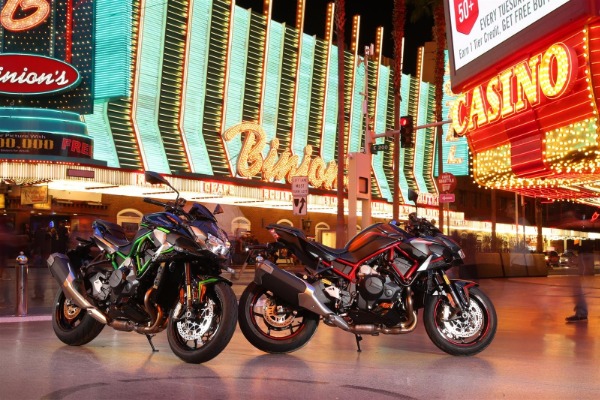 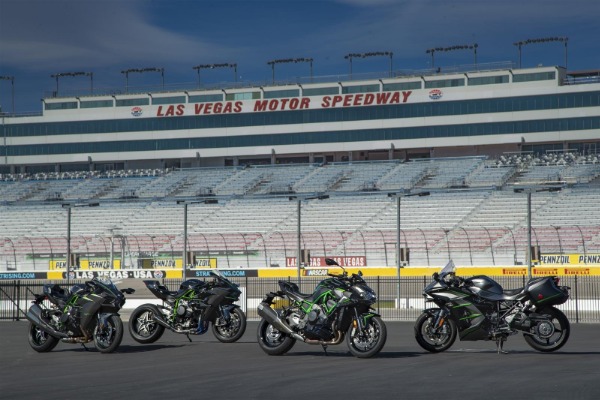 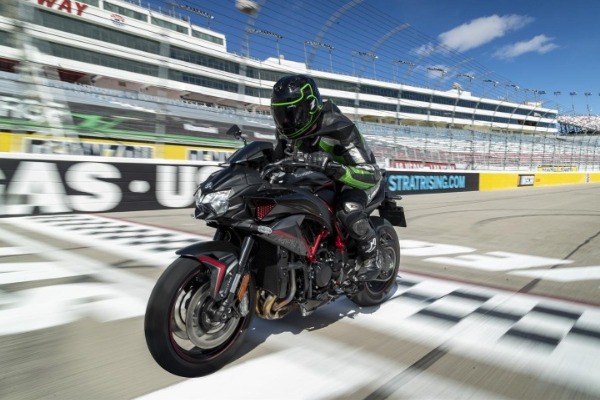 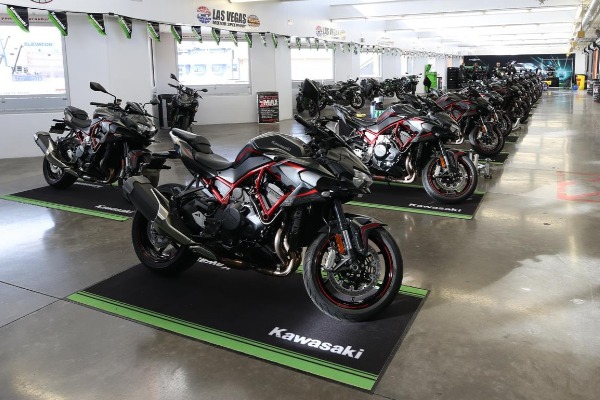