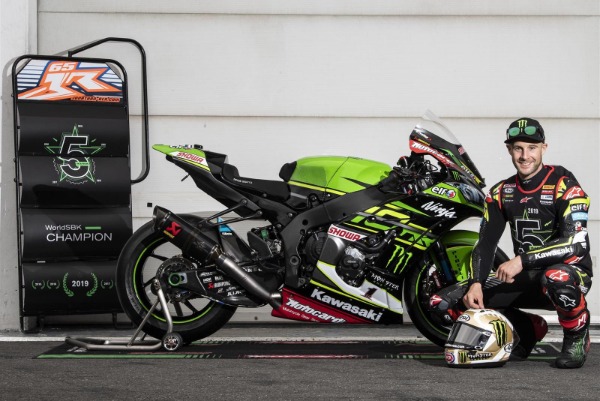 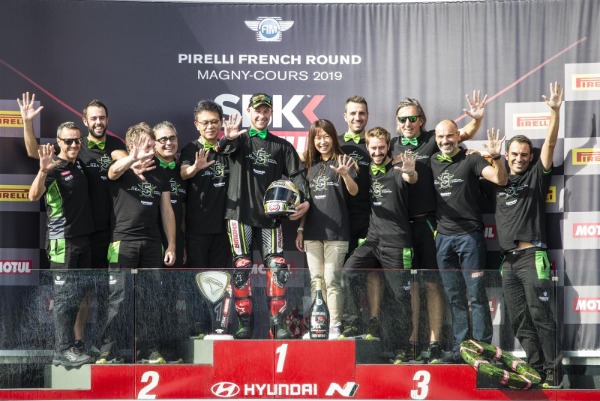 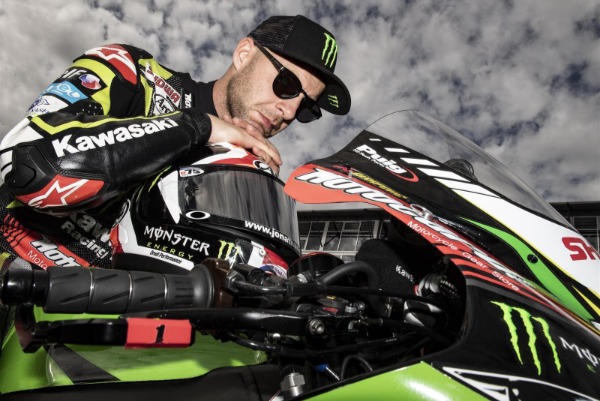 Jonathan Rea (KRT) took an all-time record fifth WorldSBK Riders’ Championship win today after finishing second in the Tissot-Superpole race and then winning Race Two. Leon Haslam (KRT) was ninth in the short race and then seventh in Race Two. Toprak Razgatlioglu (Turkish Puccetti Racing) added the ‘sprint’ race win to his Saturday Race One victory, before a no score in Race Two.

After overcoming a tough early season Jonathan Rea became the World Championship for a record fifth time in the best way possible – with a race win. No other rider has won five titles in this category, never mind five in succession.

The eventual timing of Jonathan’s latest title success was somewhat unexpected, despite his strong podiums showings in the first two Magny Cours races. Rea had a genuine opportunity to take the crown again after his only title rival Alvaro Bautista collided with Razgatlioglu and had to retire. Jonathan’s race two victory was his 12th win of the season.

Rea had aimed to win all the French WorldSBK races before the final contest of the weekend and he finally took his 83rd career victory by 0.862 seconds from Michael van der Mark. Jonathan’s latest title win came with two rounds to spare.

Haslam had a difficult Sunday after his Race One crash on Saturday but fought as hard as he could, against an aggravated shoulder injury and issues under braking, to record ninth and seventh place finishes today.

The next round is a flyaway event, and will be held at the El Villicum circuit in Argentina, between the 11th and 13th of October.

Jonathan Rea, stated: “I am just super-happy. It has been the biggest challenge to date and we have just chipped away. The beginning of the season was really tough, to be beaten the way we were. But to mentally accept the challenge and keep working as a team – also away from the track – we kept strong. I have worked and kept working. We all go to each weekend looking for the opportunity and we have had lots of opportunities this year, and won a lot of races. It is beyond my wildest dreams to win the title here because after four rounds I would have bitten your hand off if you told me I was going to be champion. With yesterday’s race being quite chaotic I was nervous going into today because I did not understand the points situation. The target all weekend was to try and – realistically – win it in Argentina, so we could go to Qatar with less pressure. But we got another opportunity today and I felt a little bit better with the bike compared to yesterday. With the temperature going up the pace was not so fast I was able to manage the bike, and I could see my opportunity with Michael. He was struggling in some areas where we were strong. And we were weaker in some areas where he was strong. So I was putting that all together, learning that for a few laps and then putting my head down and getting the job done. Massive thanks to Kawasaki, the team, my sponsors, my family, all my friends and everybody in my corner. I am the guy taking the plaudits but it is such a big team effort and I am fortunate to be in this position.”

Leon Haslam, stated: “It was a tough day. I knew it was going to be tough, especially with my main issue this year being stopping. There are five or six places on track where you have to make a maximum stop. I knew Toprak’s strength was there, so for me that was kind of predictable with the way he works the bike. For my part, from yesterday to the third race today I found a lot more consistent and better pace but it just was not enough. I had a battle with Tom Sykes and managed to beat him in the last race but we were missing two or three tenths of a second at least.”

Toprak Razgatlioglu (Turkish Puccetti Racing) won the sprint race from Jonathan today but crashed out of Race Two after an early rear end slide and then a collision with the following Alvaro Bautista. Toprak’s two race wins in France take him to fifth in the championship, on 260 points, and contributed to the fact that a Kawasaki rider won every major race at Magny Cours.

Jordi Torres (Team Pedercini Racing Kawasaki) was 15th and then a fine tenth despite starting each Sunday race from a lowly grid position. Jordi is now 11th overall. Leandro Mercado (Orelac Racing VerdNatura Kawasaki) will face a home round next time out in Argentina, but on Sunday in France he scored 14th and 11th place finishes. He is ranked 15th overall. 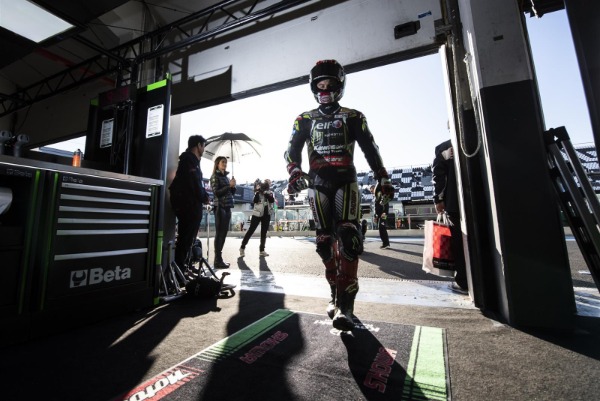 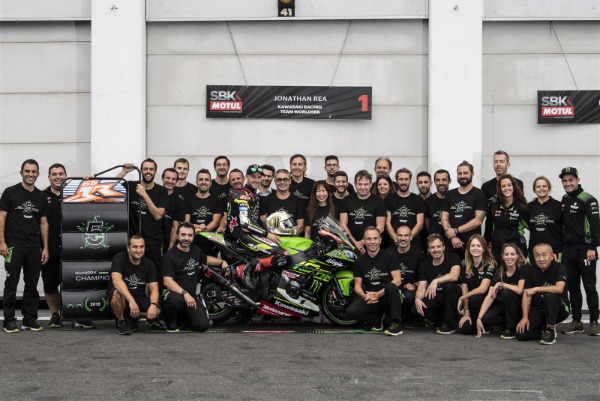 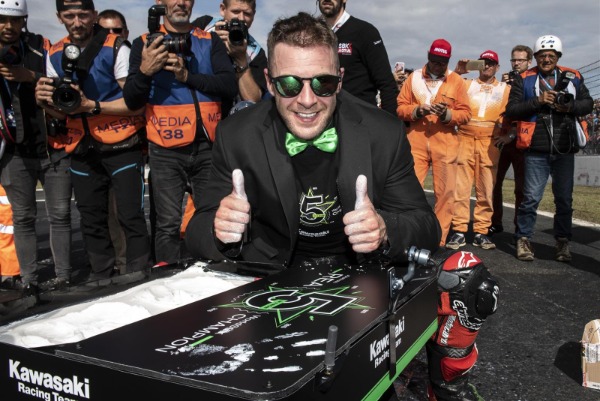