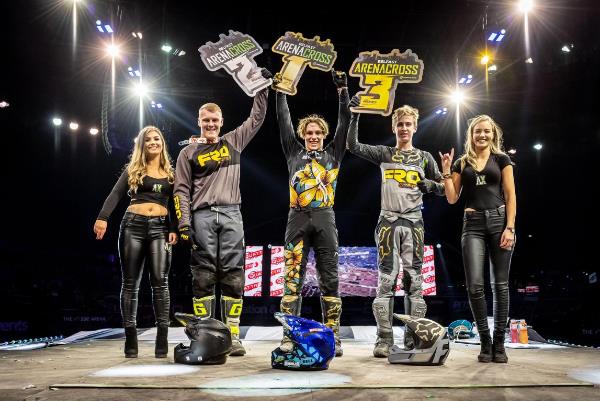 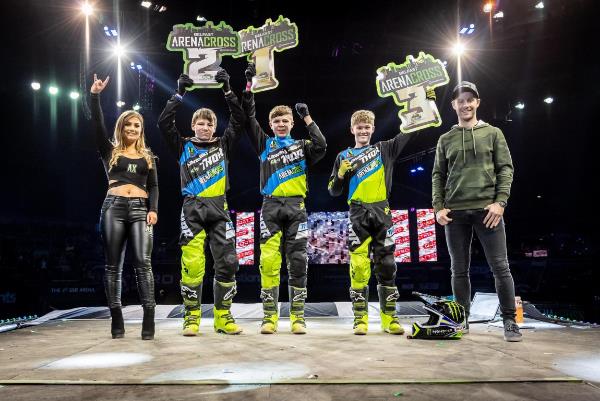 Amongst the many tremendous achievements over the weekend, a sight to behold was the ten Kawasaki KX85 Big Wheel motorcycles lining up at the gate for the Team Green Supermini Cup. With a multitude of different winners and podium finishers across the weekend, it is set to be one of the most entertaining and closely contested classes throughout the entire Tour.
Kawasaki Motors UK Senior Racing Coordinator, Ross Burridge said, “This is the third year that we’ve entered our own team into the Arenacross Tour and I feel that we have now found our feet, especially in the Pro Class with Greg and Jack performing brilliantly over the course of the weekend. I’d love nothing more than for us to take the team championship title and we have put ourselves in the best possible position to try and achieve this after the first two rounds. Greg was on a completely different level to the rest of the field. And to be this fast on a near stock machine is testament to the new 2019 KX450. The Team Green Supermini class was as exciting as I expected it to be and to see ten of our green machines out there under the lights and in front of a huge crowd was a sight to behold. I can’t wait for Birmingham!” Ross exclaimed.
Find race results and more information on the 2019 Arenacross Tour here – https://www.arenacrossuk.com/ 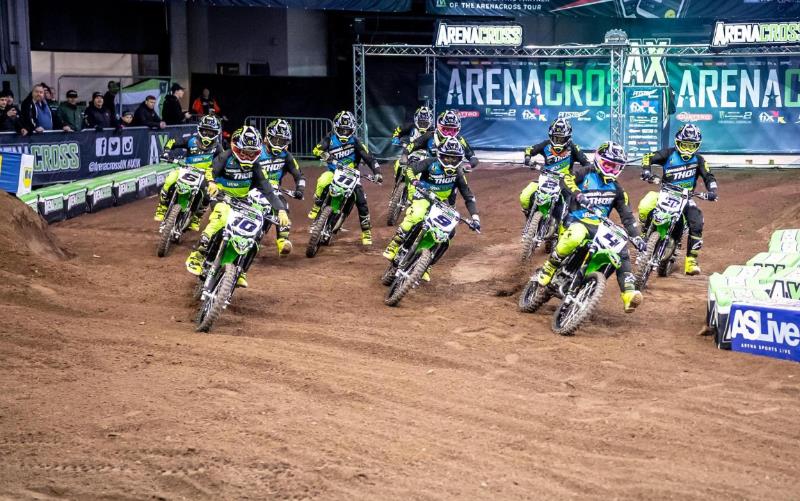 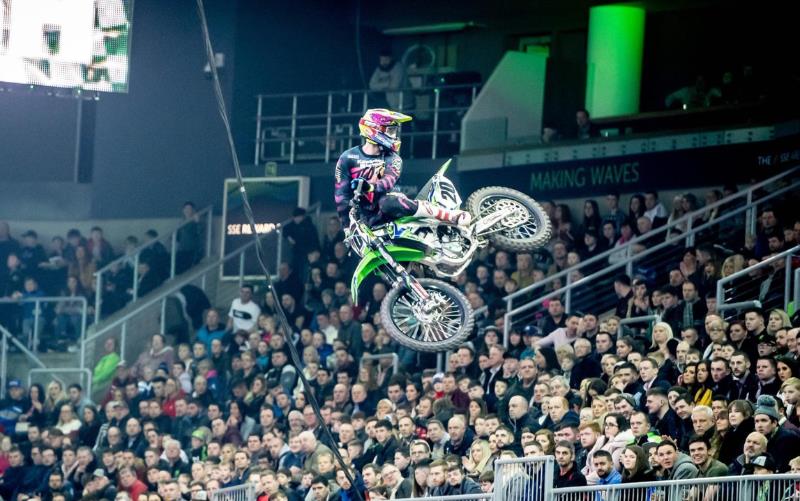