Hurtling 1000cc worth of high performance metal and rubber around a race track or carving up the magnificent peaks of Derbyshire – this is where you’d expect to find Zoe Turner. So how did the Graphic Designer and Instagram personality from Nottinghamshire sum up the all-new Kawasaki Z125 and Ninja 125 after attending the official Kawasaki press launch event in Malaga, Spain?

A self-proclaimed diehard Kawasaki owner, Zoe began her two-wheeled passion at a tender age, influenced by her father. After CBT completion, a road registered Kawasaki KX125 allowed her to venture onto tarmac and strengthen her desire for motorcycle riding. It didn’t take long for Zoe to dive straight into the deep end and saddle up onto a mid-capacity supersports road bike. Zoe currently owns a Kawasaki Ninja ZX-6R and Ninja ZX-10R track bike, plus a Ninja ZX-10R road machine.

It is easy to sense one’s passion for motorcycles when their eyes light up, sounds are being made and arms thrash around in an attempt to animate the most recent thrill delivered by riding. The sportsbike lover has a true appetite for anything two-wheeled and was invited to join European motorcycle media outlets to form an opinion on the all-new 125 Kawasaki machines.

“It was pure excitement when I received the phone call from Kawasaki. I’ve had a love for Kawasaki since I can remember, so it was a real pleasure to be contacted and invited to a product launch,” commented Zoe.

Following the short flight from Gatwick to Malaga in Spain, Zoe was presented with both a Ninja 125 and Z125 in the foyer of the hotel that was being used as base during the event. Seeing both models side by side would begin the toughest choice thought process – which model to choose?

“Walking into the hotel instantly put a smile on my face because I love seeing bikes inside and in places they wouldn’t normally be seen, like in people’s living rooms. The branded chocolates, water bottles etc., and all the nice little touches didn’t go unnoticed, so we definitely knew where we were and what the purpose of the exercise was during the entire experience.”

Spanning over two days, the event started with a guided ride, darting through downtown Malaga traffic, en route to the glorious rocky mountains on the outskirts of the city. A freeride session ensued.

“We were riding on the perfect roads to test smaller capacity bikes. I don’t think I’d have wanted to ride anything more powerful for the chosen twisty route. In the morning, the ride to the photo shoot location was a good opportunity to familiarise myself with the bikes and the controls, because it was a nice and easy pace as a group on the way there.

“The second part of the day with the satnav gave us a great chance to explore more twisty mountain roads, to see how the bikes would handle and how they ride greater distances plus it gave me a chance to ride at my own pace as well. We incorporated some town riding and it was great to see how comfortable both models were in a filtering or commuting scenario,” Zoe commented.

Day 2 was designed to showcase the speediness and cornering capabilities of the Ninja 125 and Z125. Taking place at a FIM sanctioned Go Kart track, the first female motorcycle racing world champion, Ana Carrasco was on hand to display her racing prowess. Mother Nature denied riders from a full track session however they were able to go around and follow Carrasco’s racing lines, albeit for a handful of laps in the wet weather conditions.

“Meeting Ana was fantastic. She is very polite, welcoming, humble and had a lot of time for us. She was more than happy to have a chat and even ask questions about us. I felt privileged to be stood with her as she is the first female world champion motorcycle racer, so it’s a big deal for us girls,” Zoe commented.

Additional activities on day 2 involved a MotoGymkhana coaching session provided by two of the world’s current top 5 rated riders. “That was fun!” exclaimed Zoe. “And that’s coming from someone who really dislikes slow speed agility riding, because I’m not good at it. The course started off simple then became complex. The instructors were patient and helpful with guiding me towards getting a tighter and smoother line with each session. It was a great opportunity to present the abilities of the bikes and the demonstrators showed just how much lean angle you could get with full lock amongst other things. It was quite impressive.” 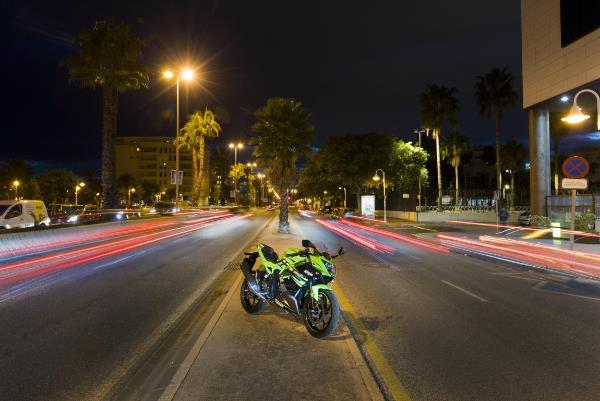 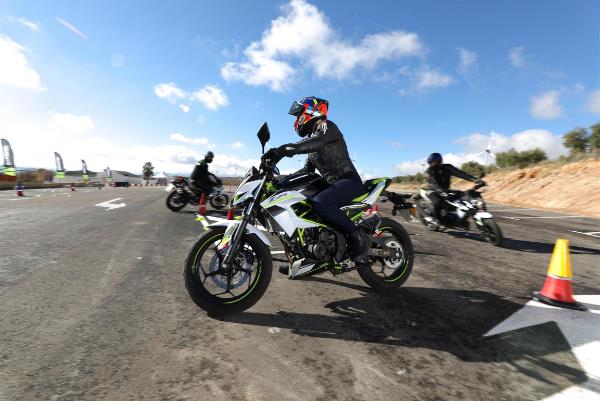 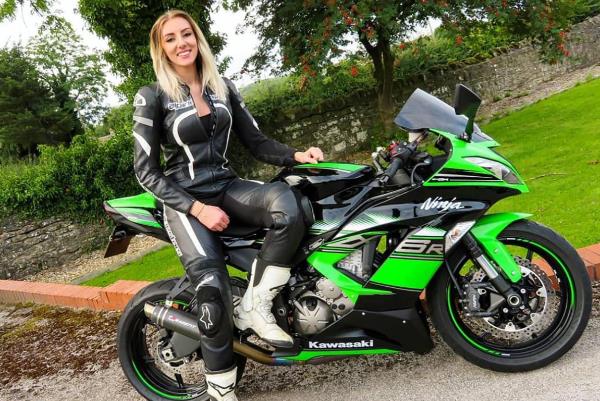 Overall the styling was spot on. The Z looks aggressive and it fits in well with the rest of the Z range. The style highlight was the trellis frame for me. The Ninja hit the nail on the head! It’s cool, sporty and could be mistaken for one of its bigger siblings which I think is a benefit in the looks department.The handling was sublime – light, nimble, fun and very easy to ride.

The power wasn’t what I was used to, having never ridden any pure road motorcycles smaller than a 600cc, but the engine pulls well for a small capacity machine.

My personal preference was the ergonomics on the Z125, which was surprising as I’ve only ever ridden sports bikes. The Ninja has a more upright position than a larger capacity sports bike which would come in handy when observing the road. 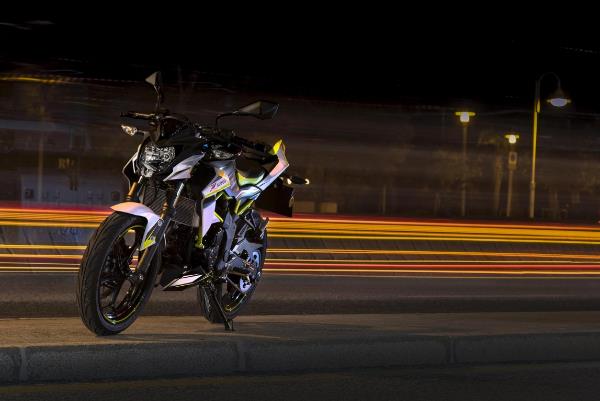 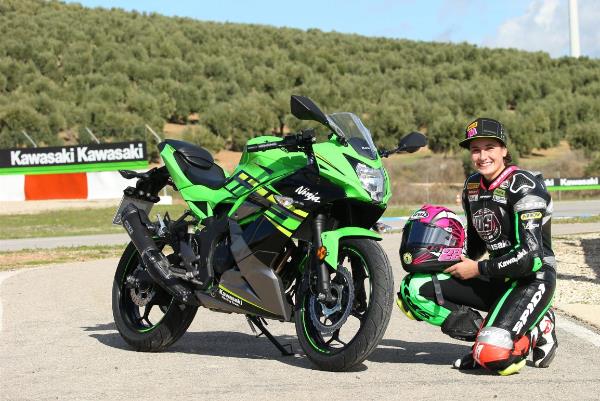 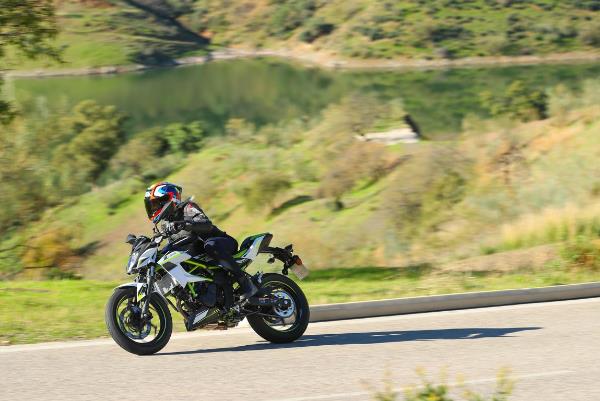