Share on facebook
Share on google
Share on twitter
Share on linkedin
The new Hayabusa's reveal and impending launch has been cause for much jubilation, and now the third iteration of the legendary hyperbike has been up in lights on the Cromination billboard, located on Cromwell Road in Earls Court, London. 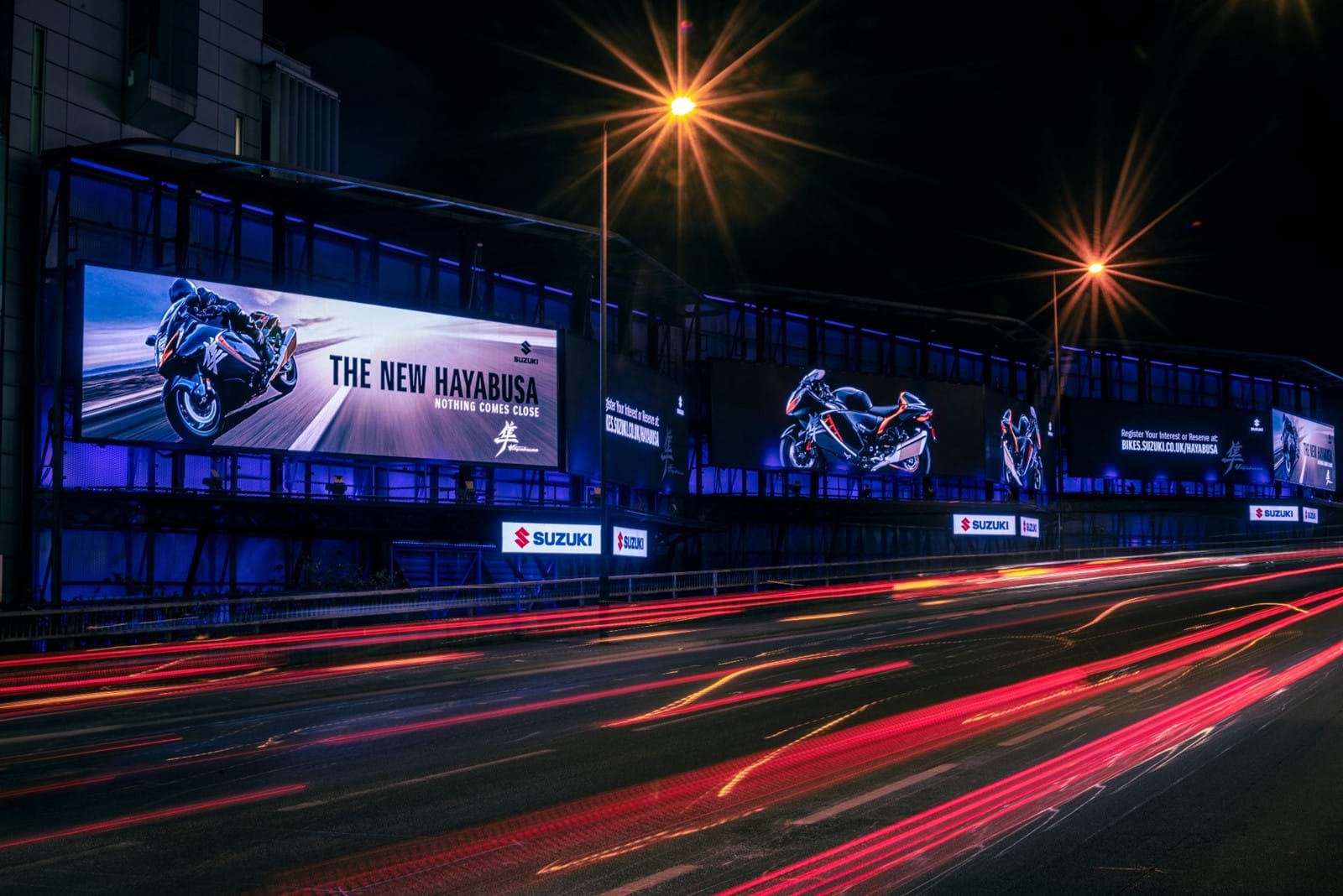 The new Hayabusa's reveal and impending launch has been cause for much jubilation, and now the third iteration of the legendary hyperbike has been up in lights on the Cromination billboard, located on Cromwell Road in Earls Court, London.

The Cromination is one of the largest billboards in Europe, boasting 72m of screen space, with the new Hayabusa displayed brightly for over a full week, making it a fitting launch for the new halo machine. 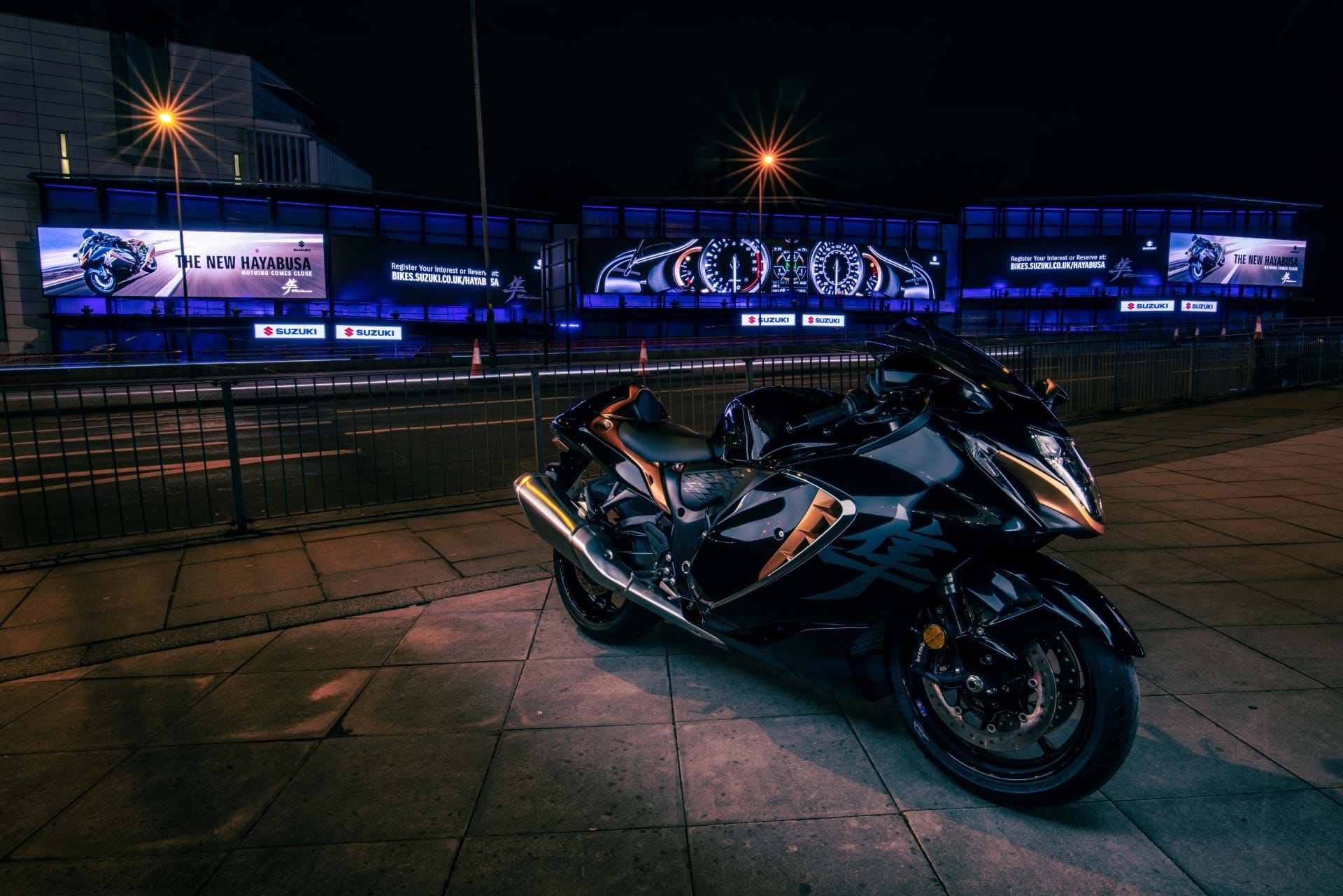 With the new Hayabusa revealed at the beginning of February, the Cromination display was the perfect precursor to a wider national ad campaign and the bike's arrival in authorised Suzuki dealerships from the end of March.

Ian Bland, Suzuki GB head of marketing, said, “The third generation Hayabusa heralds the return of an icon for Suzuki, and it is so widely known, recognised, and revered that its return really warrants a big splash; having it displayed proudly on one of the biggest drive-by ad platforms in Europe is only fitting. 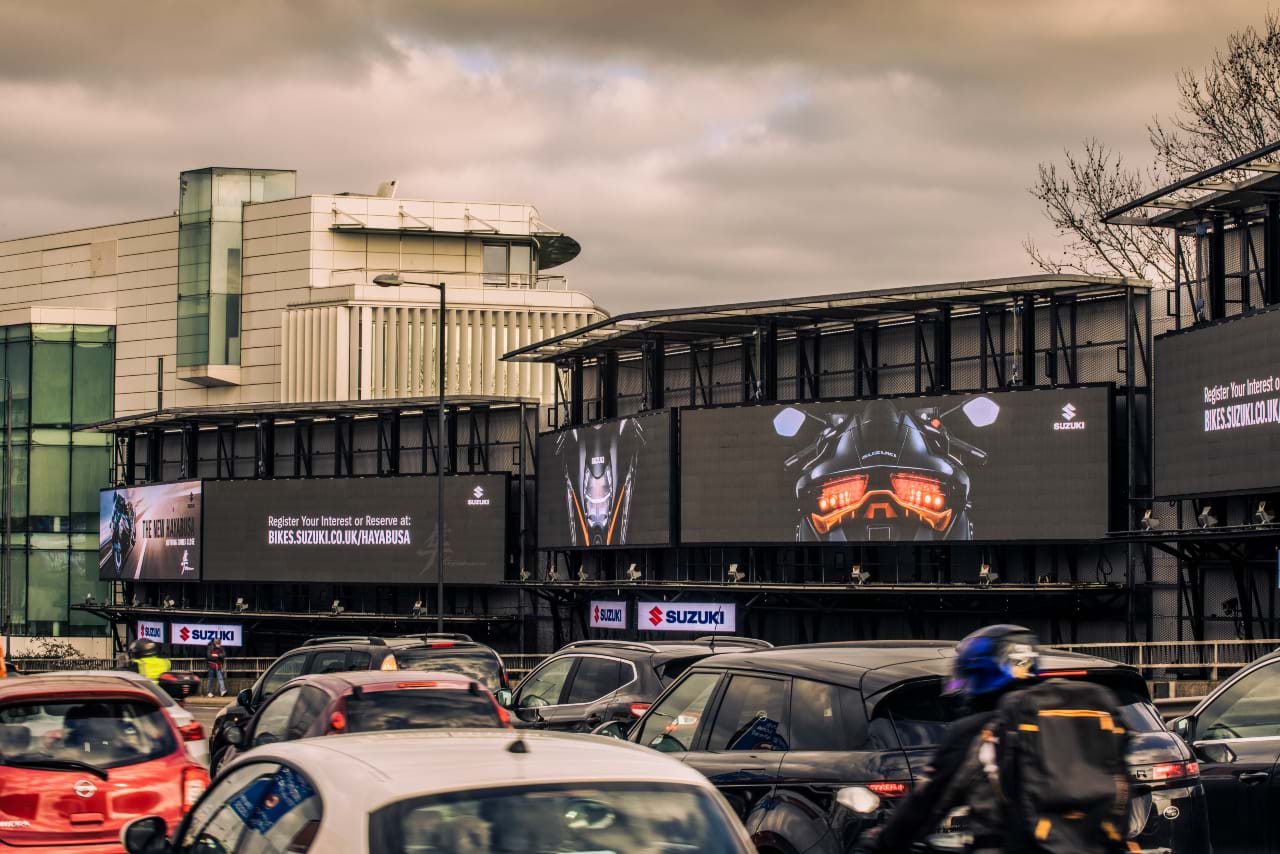 The third generation Hayabusa manages to maintain the immediately recognisable aerodynamic silhouette that has made the original so iconic, while simultaneously redesigning it to be more angular, sharper, and more aggressive. New pistons, conrods, crankshaft and camshaft join a host of other engine changes to boost the spread of power throughout the lower rev ranges, which, allied to a number of new electronic systems make it the fastest-launching Hayabusa yet. 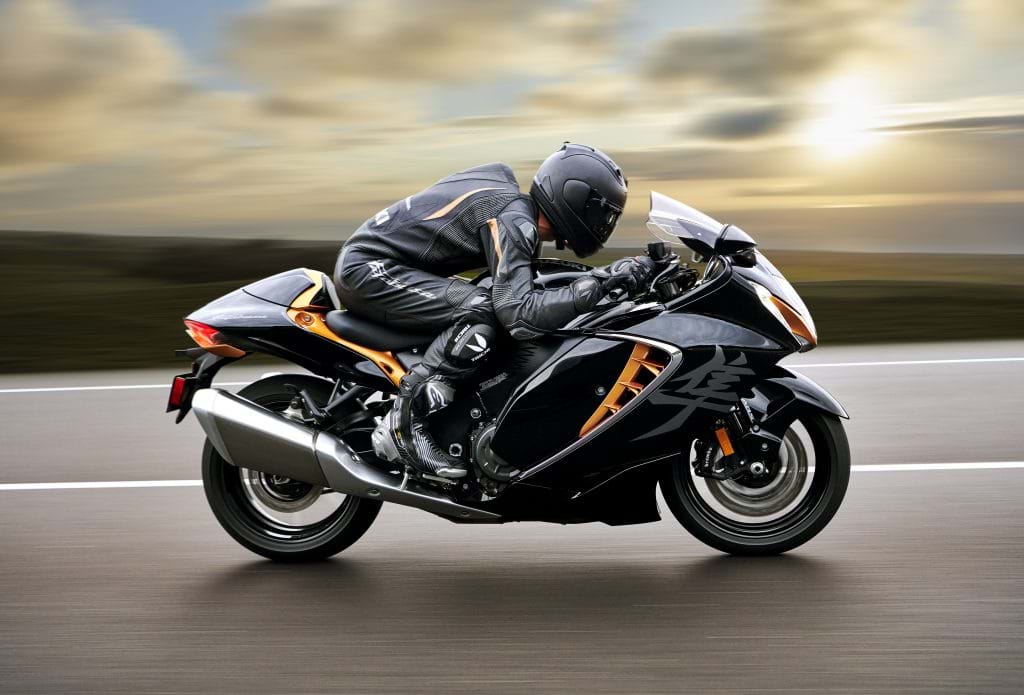 A three-stage launch control system and a bi-directional quickshifter are also allied to a 10 stage, lean-angle sensitive traction control system, a lean-angle sensitive ABS system which is has linked front and rear brakes, three power modes and four engine brake control settings, plus cruise control and an active speed limiter to give the Hayabusa a comprehensive suite of electronics. A revised chassis saves weight and improves agility and poise.

The original Hayabusa, launched in 1999, gave birth to the hypersport category by delivering unrivalled performance and went on to achieve cult status. The second generation came in 2008 and boosted both capacity and power, while a mid-term update in 2013 added new Brembo calipers and ABS.