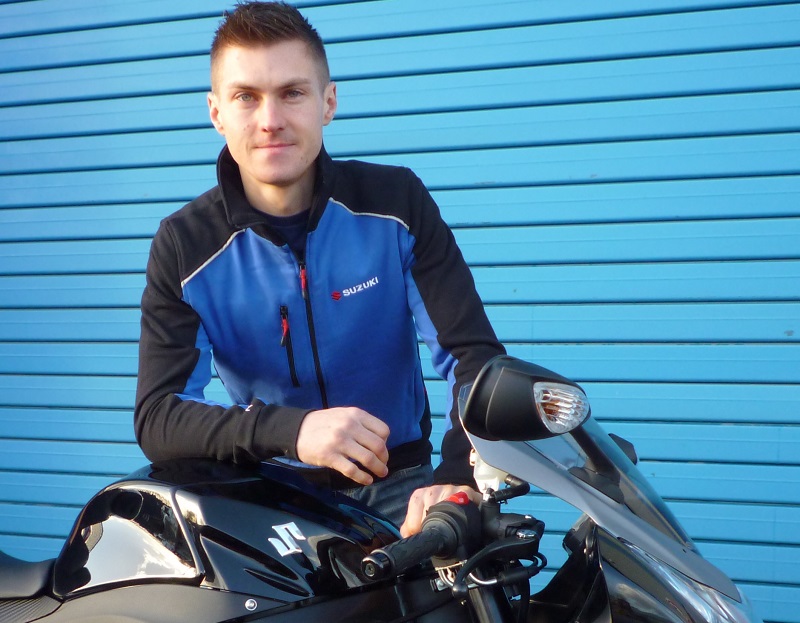 The move will see Waters continue his long relationship with Suzuki, having taken two Superbike titles for the Japanese marque in his native Australia between 2009 and 2012. In 2014, the 27-year-old took the Suzuki GSX-R1000 to two race victories and secured a brace of top six results.

“I’m excited to be back in British Superbikes for a third year in 2015. It’s great to be staying with Suzuki and I’m really looking forward to moving into the Halsall team. I really enjoyed riding a couple of rounds for Martin in 2013 and Jack Valentine has such great experience with Suzuki so I can’t wait to get working with him.

“The team has a good plan to make the bike as strong as possible for 2015 and I can’t wait to ride it for the first time later this year. There’s no reason I shouldn’t be able to start this season where I left off at the end of 2014”.

“I’m really excited about joining Halsall Suzuki for 2015. The bike has clearly got pedigree; two years ago it finished second in the championship and last year Josh won races on it. With the added experience of Jack Valentine, I’m really confident about this package.

“It has to be said the Halsall team have had a meteoric rise in the championship, just a few years ago they were in in the Superstock 1000 class and now they are a factory supported British Superbike team. I originally stopped doing Supermoto with a view of winning a championship, so I expect to be running at the front!”

“It is looking really exciting for the Halsall Team as we embark on our new adventure with Suzuki. We’re really looking forward to working with Josh Waters and Christian Iddon; they both have a lot of promise and I think they will fit in great with the team. We’ll be doing our best to put together a great package for the pair of them and can’t wait to get started in a couple of months’ time.”

“I’m really pleased we’ve signed Josh and Christian to ride the Halsall Suzuki in 2015. Josh has a wealth of experience with the GSX-R and he’s already highlighted some of the areas he’d like to improve. His strong end to the 2014 season shows the bike has got potential and he is determined to get the most out of it.

“Christian joins us having spent two years racing brand new bikes in World Superbikes, impressing with podiums and front-row starts on the Supersport MV Agusta and strong EVO results on the Bimota BB3. He showed the kind of results he is capable of rocking up at Assen last year with an unproven bike only to go and take pole position. I’m confident he’ll get on really well with the GSX-R.

“In Josh and Christian we’ve got a really strong line-up; one that I believe is capable of taking Suzuki back into the British Superbike showdown.”